Dr. Kevin Leman has taught and entertained audiences worldwide with his with and common sense psychology. 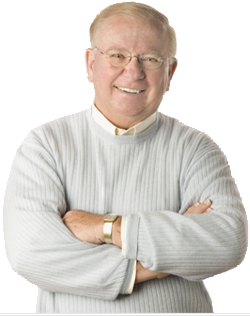 Dr. Kevin Leman has made house calls for hundreds of radio and television programs including TODAY, CBS’ THE EARLY SHOW, FOX & FRIENDS, OPRAH, and THE VIEW.  Dr. Leman has served as a consulting family psychologist to GOOD MORNING AMERICA.

Dr. Leman is the founder and chairman of the board of LEMAN ACADEMY OF EXCELLENCE, and the host of the Have a New Kid By Friday Podcast!

Dr. Leman is the founder and president of “Couples of Promise”, an organization designed and committed to helping couples remain happily married.  Dr. Leman’s official websites are www.drleman.com and www.birthorderguy.com.

The author of over 50 books, some of Dr. Leman’s best-selling titles include:

Dr. Leman is the recipient of the highest award given by the University of Arizona to their own, the Alumni Achievement Award.  He is also the recipient of the 1993 Distinguished Alumnus Award presented by North Park University.  Dr. Leman’s professional affiliations include the American Psychological Association, American Federation of Television and Radio Artists, and the North American Society of Adlerian Psychology.

Dr. Leman attended North Park University and received his Bachelor’s degree in psychology from the University of Arizona, where he later earned his Master’s and Doctorate degrees.  Originally from Williamsville, New York, he and his wife, Sande, live in Tucson.  They have five children and four grandchildren.